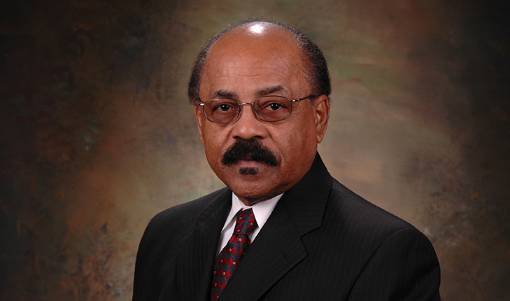 Dr. Robert S. Mikell is a native of New Orleans, Louisiana, where he graduated from the Booker T. Washington High School. He holds an Associate of Arts degree in Business Administration from Fresno City College, a Bachelor's and Master's degree in Business Administration from California State University, Fresno, and the Doctor of Education degree from the University of Southern California. Dr. Mikell served as a member of the faculty at California State University, Fresno from 1972 until he retired in 2007 as a Full Professor, during which time he taught courses in Ethnic Studies (African American Studies) and in the School of Business (Management and Marketing). He served twelve years (1978-90) as the Chairperson of the Ethnic Studies Program. In 2007, the university bestowed on him the honor of Professor Emeritus of Africana Studies.

Dr. Mikell was the founder of the Africana Studies Research Center and served as the Director. His teaching emphasis was in the area of socio-cultural dynamics which included courses in race relations, cultural diversity, and cultural music, as well as economic and business development. He developed and taught courses on African American Music and “The Life and Times of Dr. Martin Luther King, Jr.,Principles of Marketing, Organizational Behavior, and other courses. He served as co-chair of the MLK, Jr Monument Committee, which commissioned the life-size statue of Dr. King located in the University’s Peace Garden. Currently, he is serving on the President’s Nelson Mandela Project Monument Committee at Fresno State.

Dr. Mikell’s research interest and consultation works are in the fields of minority business development, migration patterns, early New Orleans Jazz, innovative teaching through distance learning for which he received a FIFSE grant in the amount of $243,000, and the history of the Black town Allensworth (a published work). He received funding for several of research projects that involved introducing students to research methodology. Dr. Mikell wrote numerous grant proposals that received funding which were designed to enhance the well-being of all students. Other projects funded were, The Evolution of African American Music which included weekend courses and lectures/demonstrations with live music performed by local musicians.

Dr. Mikell has written a manuscript titled, “Peter Davis: The First Music Master of the Great Louis Armstrong.” his most recent article is The Legacy of Louis Armstrong’s Music Teacher Peter Davis, The Syncopated Times, July 27, 2019. Several of his other publications can be found on the academic website, blackpast.org.

Dr. Mikell has distinguished himself through numerous community and University awards. He devoted himself to serving on a variety of committees at the Department, School, and University levels. He is a co-founder and former board member of Valley Small Business Development Corporation and was an elected official (seven years) for the Educational Employees Credit Union, where he served as the Chairperson of the Supervisory Committee. Dr. Mikell presently volunteers as a Jazz Host at KFSR 90.7, FM streaming at kfsr.org, Red Beans and Jazz, Fridays, 9:00am to 12:00pm. His program theme song is “Hello Dolly” song by Louis Armstrong.