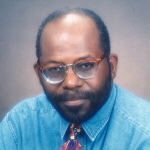 Black Marxism and American Constitutionalism: From the Colonial Background Through the Ascendancy of Barack Obama and the Dilemma of Black Lives Matter, 3rd ed.,(Dubuque 2016)

Black Marxism and American Constitutionalism: From the Colonial Background to the Ascendancy of Barack Obama, 2nd ed., (Dubuque 2013)

Black Marxism and American Constitutionalism: From the Colonial Background to the Great Depression (Dubuque 2010)

"Historians Against History: The Propaganda of History and the Struggle over the Hearts and Minds of Black Folk" co-authored with De Anna Reese, Socialism and Democracy 25, 1 (2011).

“Historical Origins of the Constitutional Compromise Concerning the Three-Fifths Clause” has been read by 200,000 visitors and counting to the Blackpast.org website. Entries listed below have topped over a million visitors in total.

Below are sampling of entries published in the following encyclopedias:

Other online essays on Blackpast.org are: