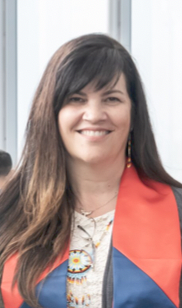 Dr. Leece Lee-Oliver (Blackfeet, Choctaw, Wyandot, Cherokee), Ph.D. UC Berkeley, is a scholar and activist whose work is dedicated to understanding how American Indians, Indigenous peoples, and marginalized peoples experience and respond to national policies and societal beliefs that pose challenges to their sovereignty, safety, and security. Her teaching and writing reflect the transgressive political work of Red feminist and Third World liberation scholars. Leece’s book manuscript, Red Feminist Roots: American Indian Women, Coloniality, and the Liturgies of Death and Life, examines the phenomenon of American Indian women’s racialization during colonialism to consider how the trope of “the squaw” foments violence against American Indian women and children today. The book pays homage to the legacies of resistance in American Indian activism and shows how American Indian communities draw on cultural traditions to navigate anti-“Indian” violence and promote and protect the lifeways of American Indians today. 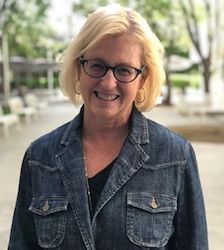 Dr. Godfrey serves as Interim Associate Dean of Kremen School of Education and Human Development. She has been a professor In English at Fresno State since 1999. Her teaching interests include secondary English teaching methods, American Indian literature, and literacy studies. She was awarded the Classroom Excellence Award from the California Association for Teachers of English in 2008. From 2006-2018, she served as director and principal investigator of the San Joaquin Valley Writing Project (SJVWP), a professional development organization for teachers. has published on women's writing, American Indian literature, and various aspects of teaching. In addition to making numerous presentations at local schools and national/international conferences, she was awarded a Fulbright, working as a Roving Scholar in Norway during the 2008-2009 academic year. She also was an NEH scholar in 2018 studying The Native American West: A Case Study of the Columbian Plateau.

Her most recent work has focused on recovering the story of Julia Pastrana, an indigenous Mexican woman who performed throughout the eastern U.S. and Europe during the 1850s. Find her work in her digital humanities project: Julia Pastrana Online. 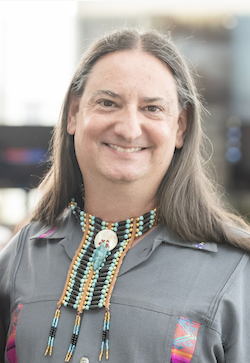 Dr. Hansen is a co-editor (with Tracy A. Skopek) and contributor to the anthology The New Politics of Indian Gaming (2011, University of Nevada Press). He has over a dozen refereed publications in such journals as Administration & Society, American Review of Politics, American Review of Public Administration, Green Theory & Praxis, Politics & Policy, American Indian Culture and Research Journal, International Relations of the Asia-Pacific, and Administrative Theory & Praxis. He is a former co-editor of Green Theory & Praxis and regularly reviews manuscripts from other journals. 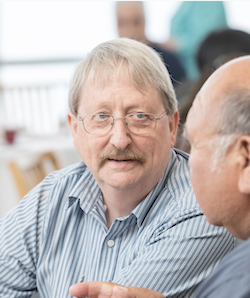 Dr. John Pryor is an Archeologist in the Anthropology Department. Dr. Pryor has over 25 years of field experience mostly working in California, with additional experience in England, and the Eastern US. Dr. Pryor's area of expertise is California Archeology and he is actively involved in teacher education. In addition to teaching and conducting field work, he offers specialized courses designed for teachers or future teachers ranging in topics from Archeology in the classroom, Sierran Prehistory,  California Native Plants and their uses by Native Americans, and Ancient Empires.

In addition to these areas of expertise, I have a long standing interest in Human evolution, and have worked as a forensic archeologist collecting data at murder sites. Dr. Pryor's Lab and archaeological sites provide opportunities to students to do fieldwork.