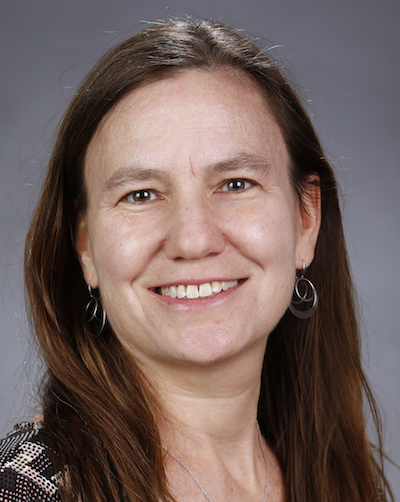 Dr. Ram’s research focuses on the interactions between states, intergovernmental organizations (IGOs), and non-governmental organizations (NGOs) in addressing minority rights in Europe and explaining IGO policies. Much of her published work has focused on post-communist Central and Eastern Europe and the Roma (Gypsy) minority.  She has explored the European Union’s influence on government policy, minority groups, and non-governmental organizations (NGOs); the impact of migration on minority representation; and the role of transnational advocacy networks and other factors in agenda-setting and IGO policy-making, including at the World Bank and European Union. She is currently studying cooperation between international organizations on overlapping issues, both on a global scale and as part of subregional cooperation in Southeastern Europe.

A recipient of the Fulbright Schuman European Union Affairs US Scholar Award (2022-2023), Dr. Ram was also recognized with the College of Social Sciences Faculty Service Award (2020) and the Provost's Promising New Faculty Award (2011). She has been actively involved in the university at all levels, including as Department Chair for 4 years, an elected Senator on the Academic Senate for over a decade, an elected university-wide Senator on the Senate Executive Committee (8+ years), Director of the College Honors Program, and co-Chair of the College International Education Committee. She has been appointed or elected to more than two dozen other university committees and task forces.

Dr. Ram teaches undergraduate courses on International Politics (PLSI 120), International Law and Organization (PLSI 126), the Politics of Foreign Aid (PLSI 122), and International Human RIghts (PLSI 128T). During her time at Fresno State, Dr. Ram has also taught at universities in Ghana and Spain as a Visiting Professor through the University Studies Abroad Consortium (USAC).  Prior to her current position, she served as an advisor and coordinator on U.S. foreign aid policy in the Washington, DC office of the Government of Japan’s main development assistance agency.

"International Policy and Roma Education in Europe: Essential Inputs or Centralized Distractions?"  Inclusion and Education Rights of Roma Children.  Special Issue of the Alberta Journal of Education Research, 61, no. 4 (Winter 2015): 465 - 483.

"Europeanized Hypocrisy: Roma Inclusion and Exclusion in Central and Eastern Europe," Journal of Ethnopolitics and Minority Issues in Europe, 13, no. 3 (2014): 15-44.

"Interests, Norms and Advocacy: Explaining the Emergence of the Roma onto the EU's Agenda." Ethnopolitics 9, no. 2 (June 2010).

"Anti-Discrimination Policy and the Roma: Assessing the Impact of EU Enlargement" published in Croatian Yearbook of European Law and Policy 3(November 2007): 491-514.

"Democratization Through European Integration: The Case of Minority Rights in the Czech Republic and Romania" published in Studies in Comparative International Development 38(Summer 2003): 28 - 56.